Lemon Basil: My Favorite Herb of the Summer

For the past several years, I've thought about planting herbs in the flower boxes by the backdoor. Each year I fill the planters with flowers and scorn myself for not growing something more practical. 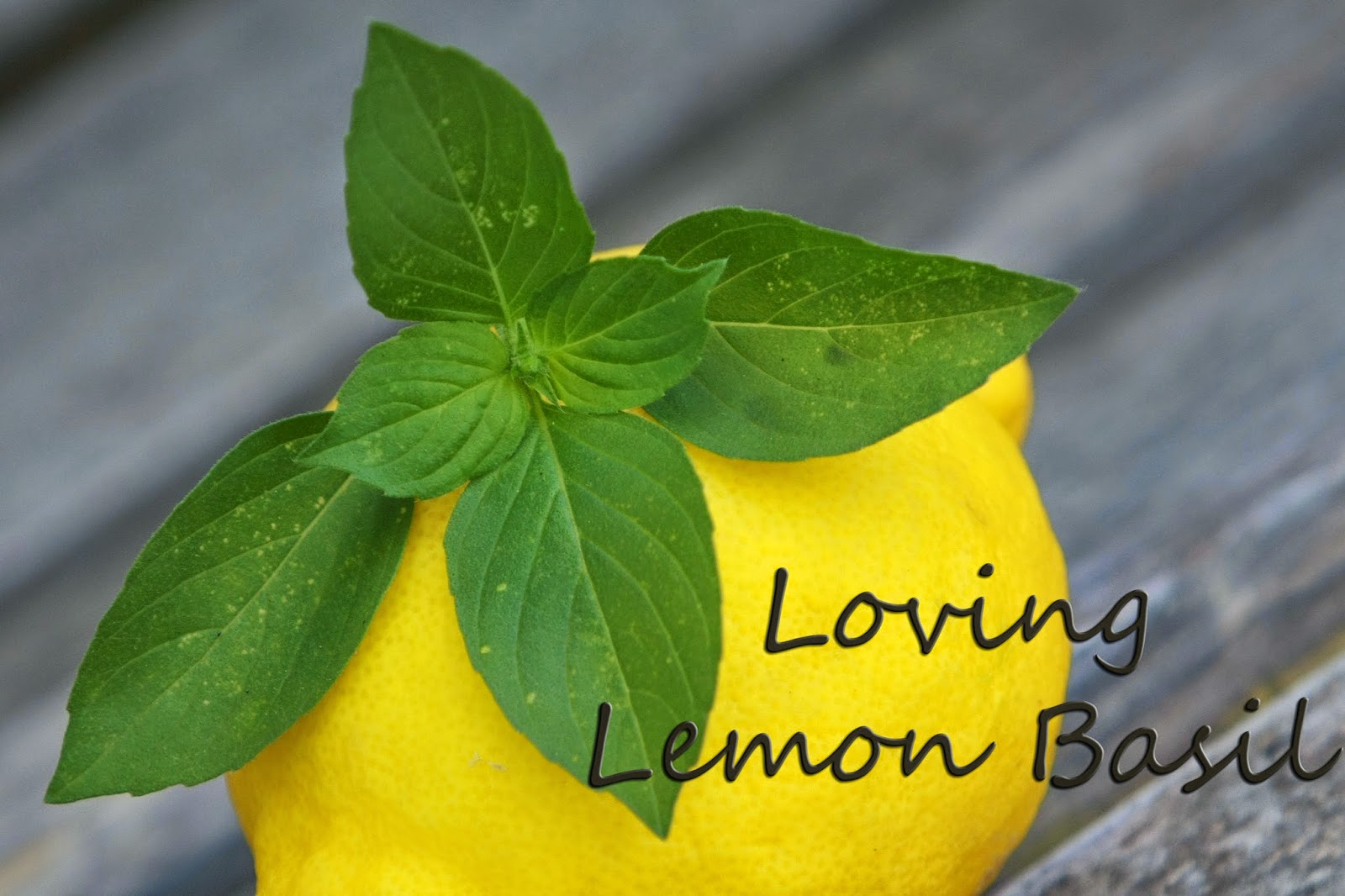 But, this year I finally did it!

After an impromptu stop at a local garden center, I was the proud owner of some parsley and lemon basil.

I grew up putting parsley on everything from green salads and roasted potatoes, to hot vegetable casseroles and pasta salads. But the lemon basil was a new herb for my palette.

It tastes just like fresh lemons AND basil. It really is an odd combo at first taste. If you've never had lemon basil, poke around at the local farmer's market or garden center. It is a true treat!

So far I've used it fresh from the plant:

As I research this curious little herb, I'm learning its flavor is most robust when used fresh, so add it to dishes at the last minute or as a garnish. Lemon basil is common in Thai, Laotian and Indonesian cuisine. If you eat at Middle Eastern restaurants often, you might recognize this flavorful herb.

Have you ever tried lemon basil? How to do you like to incorporate it into your cooking? I have a huge plant to use up this summer. Make my mouth water!

Seeing Green? Over 50 Ways to Enjoy Zucchini this Summer

I've never grown zucchini in my garden. But, thanks to my friends with green thumbs, I always have a lot of the green stuff to experiment with each summer.

Just the other day a girlfriend shared a bag of the fresh garden goodies and I've already put them to good use. Today I sauteed green disks of the vegetable with yellow squash, broccoli, tofu, red onions and garlic to make a healthy lunch.

I also have a slow cooker downstairs filled with various summer vegetables (including zucchini chunks) that I'm referring to as a summer stew.

In the past I've also ventured into the popular zucchini bread and cake recipes too. But this season I've been looking for some new ideas. So, I turned to Pinterest and started a board just for the occasion. Here's over 50 delicious ways to ENJOY (not use up!) zucchini this summer.

So, what's you favorite way to eat zucchini? Tell me in the comments below!

###
Posted by Whole Foods Living No comments: Links to this post

The propane tank is full. The charcoal briquettes are stacked. Grilling season has begun!

I love cooking a meal outside just as much as the next gal. But this summer I'm vowing to break out of my usual routine of grilled portobello mushrooms, corn on the cob, tomatoes and foil packet potatoes. I need to try grilling new things!

Recently I ventured into grilling zucchini, onion slices and pineapple rings. Ok, I know those aren't weird foods, but they're new-to-my-grill foods!

To prepare the zucchini, I sliced it to approximately 1/4-inch thick, seasoned it with salt and pepper, then gave it a brush of olive oil so it wouldn't stick to the grill grate. After four or five minutes on each side it was tender and delicious.

My onion slices didn't turn out quite as well. Next time I'll make them thicker, maybe 1/2-inch, so they don't fall apart as easily. I'll also brush them with olive oil to help them stay moist. But nonetheless, the grill char marks made them tasty too.

For dessert I tossed a few canned pineapple rings onto the grill. Since they were extremely juicy, I just put them on as-is. After they got a good sear I gobbled them down. They were a little dried out but had a unique smokey flavor. I think they would have been better served with a scoop of vanilla ice cream. There's always next time!

So, what weird, wonderful foods have you been grilling this summer? Make me hungry in the comments below!


###
Posted by Whole Foods Living 2 comments: Links to this post

Is ACV a Miracle Cure?

Every time I check Facebook or scroll through my Twitter feed, I see another article touting the health benefits of apple cider vinegar, or ACV.

Now I love a zesty vinaigrette salad dressing or crispy dill pickle every now and then, but drinking plain old vinegar? It just doesn't sound delicious or appealing until you hear about the health claims people are making about it.

According to the Food Matters website (yes, based on the documentary of the same name), apple cider vinegar:

Plus, it does a whole lot more.

So, why aren't we guzzling this stuff by the gallons? Personally, I've tried adding apple cider vinegar to my daily routine to reduce joint pain, and when I had a cold, to speed up the healing process of the accompanying sore throat.

Well, yes, it did actually! When my throat felt like I was swallowing razor blades with each breath, I took a shot of ACV mixed with water and the intense stinging sensation instantly went away. After taking two shots a day for a few days, the sore throat was completely gone.

And I also notice on days when I add ACV to my morning up of herbal tea (yes, it's sour and not wonderful!) I have less joint pain in my fingers and ankles. Nice!!

So, are you a cheerleader for apple cider vinegar? What do you use it for? Tell me in the comments below!

Whole Foods Living
Welcome to Whole Foods Living, a website dedicated to cooking simply and learning about the foods we eat. My name is Angela Tague and as I seek a healthier way of eating I would like to share my experiences, recipes and knowledge. Learning to eat whole foods is not a diet, but a lifestyle choice.

Get Blog Updates Delivered to Your Email!