Eating Bugs: The Secret Behind the Red Food Coloring Carmine

You may want to stop daydreaming about those indulgence to digest this bit of news: Some FDA approved red dyes originate from insects.

Now it's time to scour the pantry. Take a peek at that box of red candy, strawberry cake mix or bottle of red wine vinegar. If you notice the ingredients cochineal extract, carminic acid or carmine -- all common red dyes -- on the label, the foods contain dried bugs.

Red Bugs in My Food
Red dye made from carminic acid is derived from the female Dactylopius coccus costa, or cochineal insect. Although the Food and Drug Administration requires the bug-derivative to be pasteurized or treated with a similar process to eliminate Salmonella microorganisms, the thought of eating foods tinted red with insect innards may make your stomach turn -- or worse, cause an allergic reaction.

Red Dye Can be Dangerous
After accepting the bug-component of cochineal extract, carminic acid or carmine, take heed if you experience allergic reactions to food additives. In a 1997 study by the Department of Internal Medicine, Division of Allergy at the University of Michigan at Ann Arbor researchers confirmed an allergic reaction to a carmine-dyed frozen treat. Within three hours of eating a frozen treat dyed with carmine, a 27-year-old subject reported anaphylaxis, nausea and hypotension with tachycardia.

Not a New Concept
Native Americans and Mexicans have been using the natural red bug dye for centuries. When carminic acid is mixed with natural dyes from other sources, fade resistant red, purple and blue dyes are created and used to color fibers for cloth making, according to the University of California at Los Angeles' The Midred E. Mathias Botanical Garden. Today, Peru and the Canary Islands are top producers of carminic acid.

Cochineal extract, carminic acid or carmine also add color to non-food items. Before picking up a tube of lipstick, compact of eyeshadow or bottle of shampoo peek at the ingredient list. You might be surprised to find bugs in your favorite products.

Note: This article was originally published on Yahoo! Voices on February 4, 2011.
Posted by Whole Foods Living No comments: Links to this post 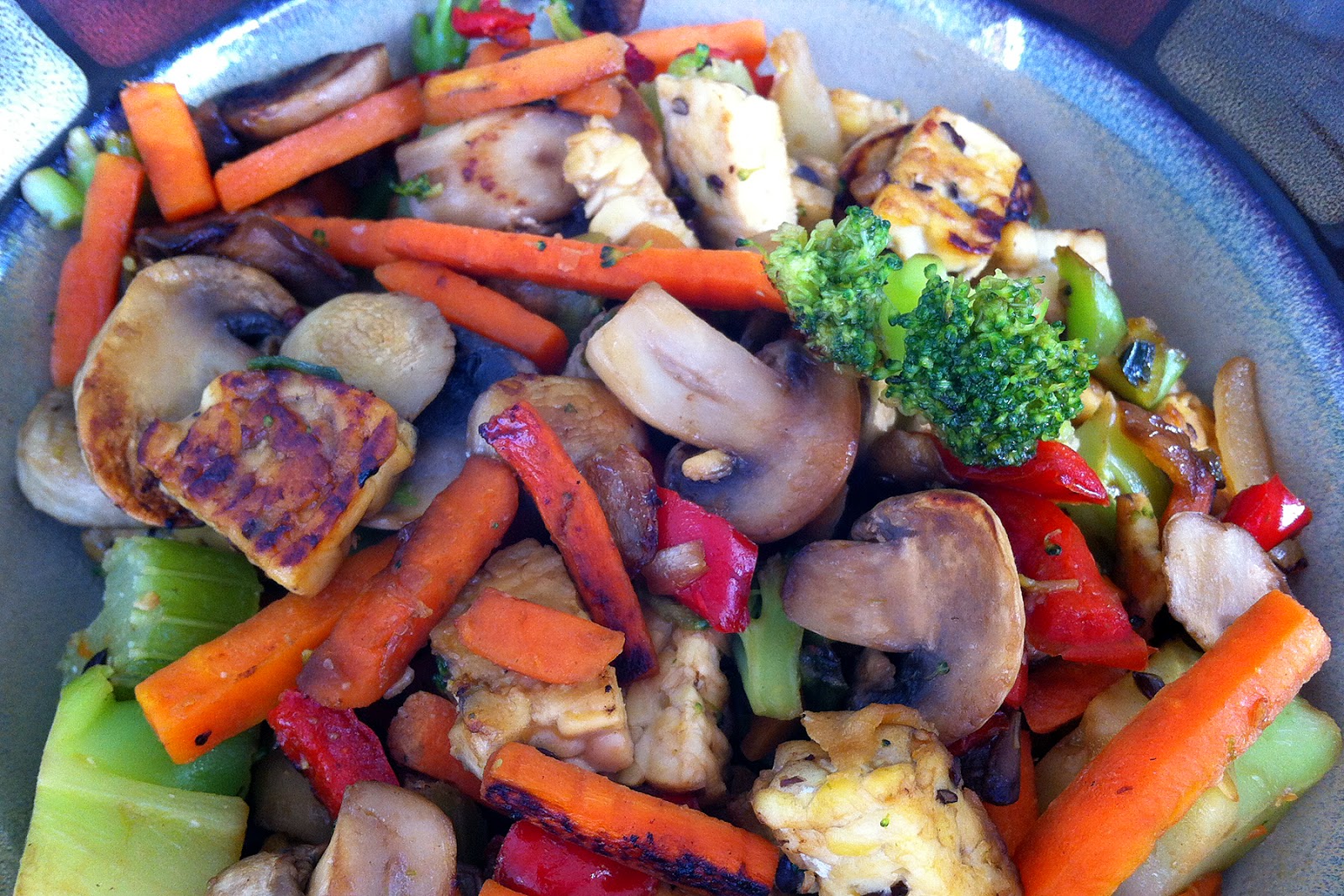 I love to cook healthy meals extra fast during my work breaks. Well today I'm sharing one of my go-to favorites filled with a rainbow of veggies and vegetarian protein.

I'm always on the look out for more ways to get protein into my vegetarian diet. Recently I started enjoying tempeh, a fermented soy-based product that can be sliced and used much like chicken breast.

I find that I like tempeh pan fried until it's lightly crisped, then mixed with vegetables. So, voila! That's how I came about this super simple meal that clocks in at about 300 calories.

So, tell me: How do you like to use tempeh in the kitchen? I'm looking for new ways to enjoy this protein-packed soy product.

Are You a Wheat Belly Fan? 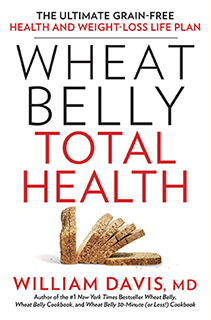 The last few years, discussions about wheat, grains and gluten have dominated everything from social media news feeds, to health programs on television.

You can barely go a day without hearing something about going gluten-free, avoiding wheat or living a grain-free lifestyle.

Perhaps one of the best known proponents of a grain-free lifestyle is cardiologist Dr. William Davis, author of the famed Wheat Belly series of books.

In September, his latest book, Wheat Belly Total Health, hit bookstore shelves. I was lucky enough to get my hands on a review copy and have the opportunity to ask him a few questions.

So, I'd like to turn it over to you, my faithful readers.

If you could ask Dr. William Davis a question about nutrition, going wheat-free, starting a grain-free diet or anything health-related, what would you ask?

Tell me your questions in the comments below and I'll share what he has to say in an upcoming blog post!

Disclosure: The book, Wheat Belly Total Health, mentioned in this blog post was provided free of charge for review purposes. No monetary compensation was sought or awarded in exchange for this post or the upcoming book review. All thoughts expressed on Whole Foods Living are solely my own. ~Angela
Posted by Whole Foods Living 2 comments: Links to this post

During my crusade to live a healthier lifestyle, I've been taking note of the amount of sodium in food.

Whether you're trying to reduce sodium in your diet to decrease water retention and risk of heart disease, or need add a salt to boost low blood pressure, check out this list of salty foods.

That fizzy carbonated beverage some people simply refer to as a Coke can pack a big salty punch in your diet.

Since salt is used as a preservative, it's commonly found in processed foods. To make bread last longer on grocery store shelves, sodium is added to the dough. A loaf of homemade bread starts to grow mold in just three to four days due to the small amount of salt and a lack of preservatives.

For example, two slices of Sara Lee 45 Calories and Delightful white bread -- which markets itself as a healthy option -- contains 240mg of salt. That's 10 percent of your daily intake of salt (based on a 2,000 calorie diet) in just two slices of plain bread!

Sure, many foods taste better dipped in ketchup, barbeque sauce or salad dressing. But, condiments are one of the worst hidden sources of salt. For example, 2 tablespoons of Hidden Valley Ranch salad dressing contain 260mg of sodium. If you're like most people, you use more than 2 tablespoons on an entree-size salad.

Other condiments high in salt include pickles, relish, packaged pasta sauces and soy sauce. To keep your sodium in check, stick to small portions and enjoy condiments as a treat, not an everyday indulgence.

Who knew cheese was full of salt? Since I'm actually trying to include salt in my diet, this was a positive finding since I love cheese. I like to top fresh fruit or a salad with cottage cheese or snack on a stick of string cheese. I learned that one stick of Crystal Farms Wisconsin Spiral String Cheese has 200mg of sodium -- a great snack to boost my low blood pressure.

Note: This article was originally published on Yahoo Voices on April 11, 2012 by myself, Angela Tague.
Posted by Whole Foods Living 2 comments: Links to this post

Whole Foods Living
Welcome to Whole Foods Living, a website dedicated to cooking simply and learning about the foods we eat. My name is Angela Tague and as I seek a healthier way of eating I would like to share my experiences, recipes and knowledge. Learning to eat whole foods is not a diet, but a lifestyle choice.

Get Blog Updates Delivered to Your Email!